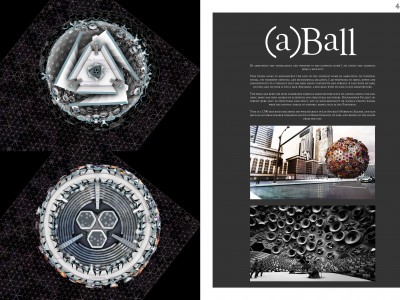 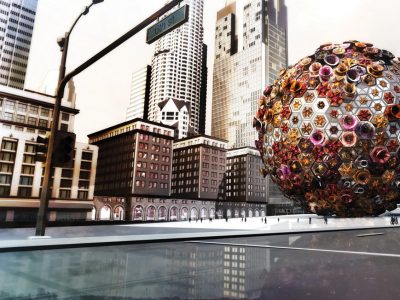 This thesis looks to misconstrue the face of the geodesic dome by amplifying its unintentional, yet inherent aesthetic and monumental qualities. I am proposing to bring depth and discontinuity to a typology that has been about continuity and surface. A face with no ears, no eyes, and no nose is not a face. Similarly, a building with no face is not architecture.

The dome has been the most celebrated forms in architecture since its genesis, while the geodesic dome has been adored by scientists and structural engineers. Buckminster Fuller’s interests were only in structural efficiency, not in monumentality or surface effects which were the driving forces of historic domes such as the Pantheon.

This is a 1,700 seat rock star arena sits weightlessly in Los Angeles’s Pershing Square, and acts both as an urban speaker screaming sound outward through its ears, and acts as a sponge absorbing the voice of the city.