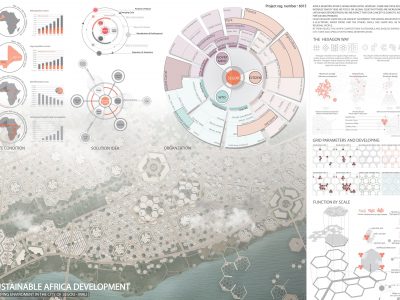 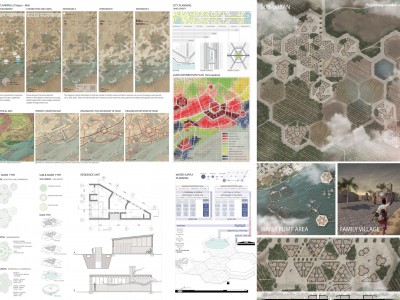 Architecture in extreme climates and situations

The economic and social background in which all the architectural proposals developed for African countries stand is a long and not yet completed path.

In 2030 the urban population of Africa, 748 million, will exceed the total population of Europe, 685 million. This huge mass of people will be absorbed in the majority of the cases by urban areas with less than 500.000 inhabitants (53%) and by cities of 5 million inhabitants (22%), the rest will live in mega cities with greater population. Africa represents an environmental scenario, where our design assumptions insist, precarious and immense, vast and feeble. In the incipit of Out of Africa, Karen Blixen says that under the Ngong Hills, “the breath of the landscape was immense”

In Africa, human community and place are identified and the breaking of this relation, which is the base for continuous care of the environment, happens when community bonds are broken. It is a human crisis that affects the territory and the slums of the third world are a proof of it.

In extreme circumstance, how can make a plan for the future world against desertification? We suggest hexagon module for solving global desertification problem.  Our project is based on unit scale evolution motivated nature form. From one small module until sustainable urban and region of recovery nature, huge scale is consisted by government. Small scale is consisted by regional people their-selves.

Expand breath of nature to desert by supporting water, electronic and another infrastructure. These shapes provide sustainable and endless expanding city against desertification.