COLLISIONS: FROM ANALOG TO DIGITAL

COLLISIONS: FROM ANALOG TO DIGITAL 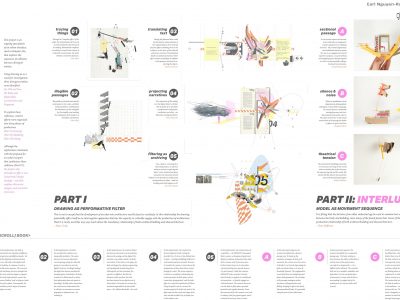 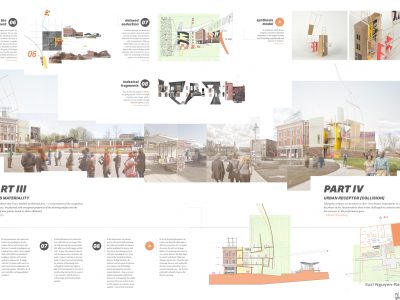 Amidst the surfacing of the digital/virtual “canvas” and the image first-platforms of today’s consumer culture, the drawing has been pulled in a number of different directions. Within architectural education & practice, it has become at odds with the seductive and the interpretative, the hand and the machine, and the subjective and the objective.

To tackle these issues, an investigation of architectural representation & theory offered key insights. Subsequent research moved the project to a study of discursive imagery, a form of representation that:

To explore these collisions, creative efforts were organized into three phases of production:

These phases were used to organize the attached presentation material, with each part outlining the processes, artifacts, and divergent entities that have been gathered.

Although the exploration culminates with the proposal for an urban receptor that synthesizes moments of collision [part IV], the project also attempts to offer a new [cybernetic] design strategy – one that employs discursive imagery and narrative structures.

All the while, it makes commentary on the tension between the analog and digital, using the book, body, and machine as important motifs.