Drones for architecure iSwarm was submitted in 2012, here is our take on it now 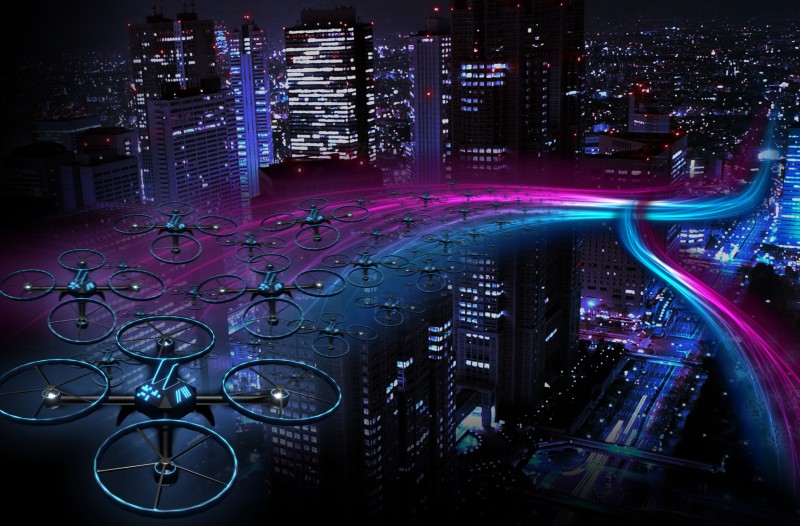 Has anyone ever heard of something called a drone? Oh ya they are sold in almost every store that carries decent electronics nowadays.  Well in 2012 Mr. Craig Welsh submitted a project focused on how drones could establish mobile data networks.  At the time, the thought of mass deploying drones from architectural “iNests” had never been heard of.  Drones using iNest as an autonomous infrastructure could, in theory, construct locations for on-demand wireless signal delivery via flying drones.

For the past couple of years the use of drones for deliveries, imagery, and surveying has been well-publicized. It seems the most widely used applications for drones in 2019 is for videography.  In the architecture profession projects filmed for aerial views are common or almost expected.  There have also been more uses in surveying existing building conditions and site construction documentation.  Notably, there doesn’t seem to be widespread use yet for drones to facilitate mobile data networks.

There seems to be challenges associated with regulations…

For example, in the U.S. the use of drones is highly regulated.  One rule, in particular, does not allow drones to be flown out of sight without a license.  Admittedly not knowing all of the nuances of these rules it seems that there are significant limitations for how the drones could be used in relation to the swarm theory proposed by Mr. Welsh.  Undoubtablely as technology evolves and machines can operate more independently, maybe at one point drones will be autonomous enough to supply much-needed data for humanity’s ever-growing data networks. Drones for architecure iswarm was definitely ahead of its time when developed.

As the use of drones increase, architectural design will need to embrace the uses of this technology 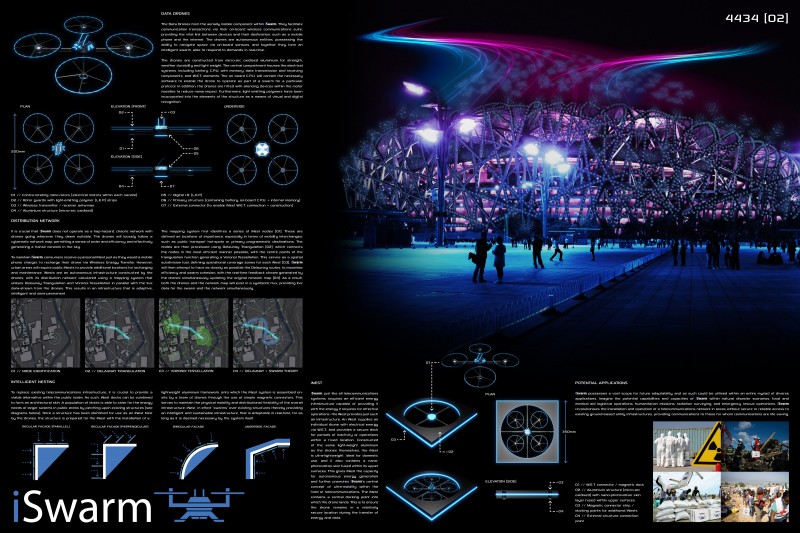